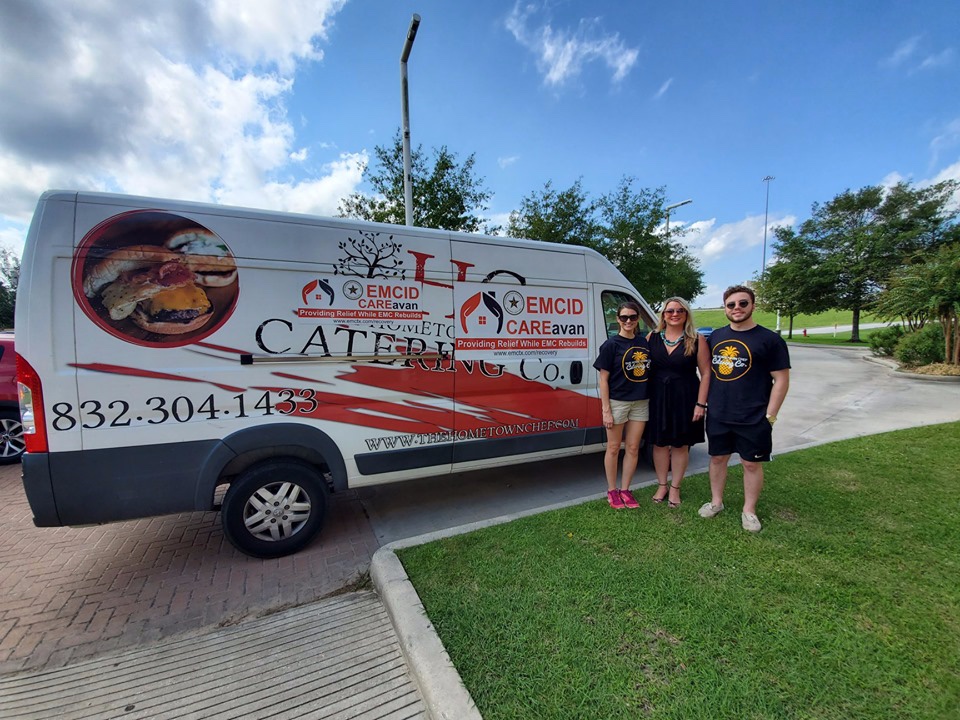 www.facebook.com/EMC ID/For those who flooded, it will take time for everything to return to normalcy. Homeowners whose residences flooded are assessing the damage, cleaning out furniture, cabinets, clothing, sheetrock and memories. EMCID would like to take at least one burden off their shoulders - meals.EMCID is once again partnering with Hometown Chef, a catering company, to drive into neighborhoods in East Montgomery County severely damaged by the floodwaters and provide hot meals via the EMCID CAREavan."We've found our community in a situation where we can help," said Frank McCrady, EMCID President/CEO. "We're in this together; we'll provide meals for as long as we need to."Currently, the plan is to serve 100 meals for lunch and 100 meals for dinner to those in need on specific routes. Once the routes are finalized, the CAREavan's destinations will be announced at www.facebook.com/EMC ID/EMCID deployed the CAREavan for the first time during the aftermath of Hurricane Harvey in 2017, providing more than 10,000 meals over the course of two months.www.facebook.com/EMC ID/
Reply
What are your thoughts? Log in or sign up to comment Log in » Sign up »
Post a comment »